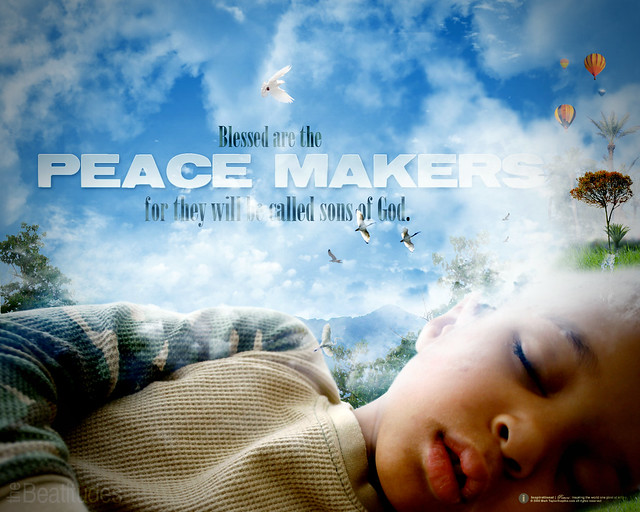 Some time later Paul said to Barnabas, “Let us go back and visit the believers in all the towns where we preached the word of the Lord and see how they are doing.” Barnabas wanted to take John, also called Mark, with them, but Paul did not think it was wise to take him, because he had deserted them in Pamphylia and had not continued with them in the work. They had such a sharp disagreement that they parted company. Barnabas took Mark and sailed for Cyprus, but Paul chose Silas and left, commended by the believers to the grace of the Lord. He went through Syria and Cilicia, strengthening the churches. (Acts 15:36-41)

We’ve all had sharp disagreements within our families. Most times they’re resolved quickly, but sometimes they aren’t, and we’re left with a sick feeling in our stomachs that lasts for weeks. It affects our ability to work, our other relationships, and our closeness with God. We can’t feel His love or pass it on. The enemy takes advantage of the opportunity and we may do things we ordinarily wouldn’t do. We’ve all been in this situation.

This Scripture shows the humanity of Apostle Paul at the beginning of his second mission journey. The Holy Spirit sent Paul and Barnabas on their first trip, but here, the Holy Spirit isn’t mentioned. Paul planned the mission and left without God’s spirit.

When sharp a disagreement continues, there’s an excellent chance the Holy Spirit hasn’t been summoned. We’ve seen through our study of Acts that God wants us to compromise. It is better to compromise and give up a little of what we think God wants for a time than to split a family, cohesiveness at work, or the body of Christ.

When we pray for the power, wisdom, and mind of the Holy Spirit, God will give it to us. He will help us resolve conflict so we can receive His love and continue to spread it.

Heavenly Father, I praise you for giving me the power, wisdom, and mind of the Holy Spirit. Help me compromise and/or agree to disagree with love, so I can receive Your love and spread it. Remove my pride and anger which causes sharp disagreements to continue. In Jesus’ name, I pray. Amen.