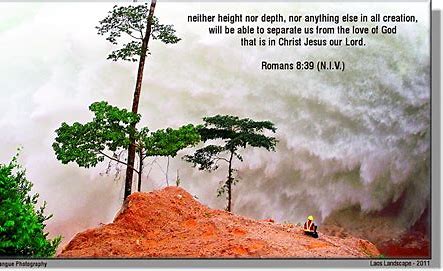 In past generations He allowed all the nations to go their own way although He did not leave Himself without a witness, since He did what is good by giving you rain from heaven and fruitful seasons and satisfying your hearts with food and happiness.” Even though they said these things, they barely stopped the crowds from sacrificing to them. Then some Jews came from Antioch and Iconium, and when they had won over the crowds and stoned Paul, they dragged him out of the city, thinking he was dead. After the disciples surrounded him, he got up and went into the town. The next day he left with Barnabas for Derbe. (Acts 14:16-20)

God doesn’t need us to witness about himself. He gives us rain from heaven, fruitful seasons, satisfies our hearts, and performs miracles. Luke brushes over the miracle in this passage. Paul is dead or almost dead and badly cut and bruised from the large stones hurled at him. No doubt he had concussions and aneurysms and was bleeding internally because that is what kills someone who is stoned. Then a couple of men each take a leg and they drag him out of the city. Then, like nothing had happened, Paul gets up, walks into the city, and marches on to Derbe the next day.

Paul writes in 2 Corinthians 12:2-4: “I know a man in Christ who was caught up into the third heaven 14 years ago. Whether he was in the body or out of the body, I don’t know. God knows. I know that this man…was caught up in paradise.” Many Bible scholars think these Jews from Antioch and Iconium stoned Paul to death and that Paul was talking about himself in the Corinthian passage. Paul doesn’t want to draw attention to himself, only to Jesus, so he didn’t say it was him who went to heaven.

God does need us to tell others about Jesus. Although nature, miracles, and God’s goodness make Him known and give Him credibility, we can only find God through Jesus. Although Paul and Barnabas told the Lystrans about Jesus, the miracles of healing a man crippled from birth and the resurrection of Paul overpowered the message of Jesus’ love. And the Lystrans allow the Jews to stone Paul.

Perhaps this story is the reason why more miracles aren’t performed today. Maybe all that is needed is the simple message of love. Jesus loves us so much he died as a sacrifice to save us, and He wants us to pay His love forward so people will know they are His.

Father God, I praise you for your goodness, healing, and everyday miracles that let me know You’re my loving God. Thank you for letting Your son, Jesus, save me and all of Your children. Remind me to pay Your love forward and tell others that Jesus loves them too. In His name, I pray, amen.