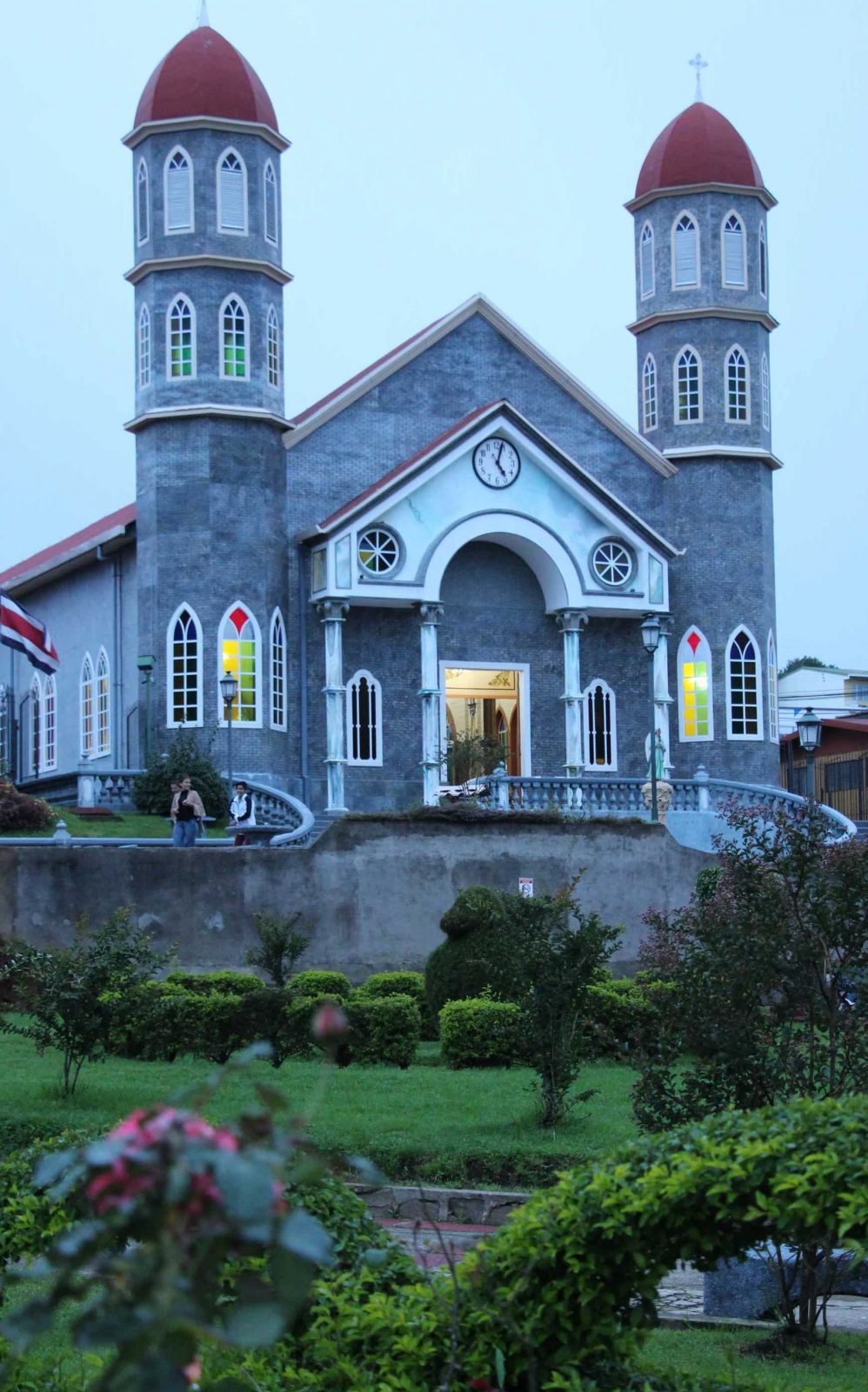 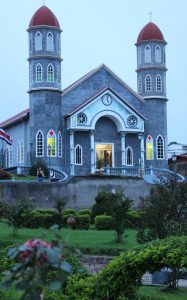 I feel so blessed that I can stop my busy life and feel God’s love.  I hope you feel God’s love, too. One of my favorite Bible verses is Romans 8:38-39: “For I am convinced that neither death nor life, neither angels nor demons, neither the present nor the future, not any powers, neither height nor depth, nor anything else in all creation will be able to separate us from the love of God that is in Christ Jesus our Lord.”  Doesn’t this passage tell us that nothing; even death, the future, and Satan; can separate us from God’s love in Jesus?  Read the passage again, carefully.

Those of us who believe in Jesus and have put our faith in Him know that we are going to heaven.  Jesus is our shepherd, and we are the sheep in His pen. Many Christians (not me) feel that if one doesn’t choose Jesus as his or her Savior during our life on Earth then it is too late to receive salvation.  In other words those Christians are saying that death, the future and Satan can separate us from the love of God in Jesus. Then, what does Jesus mean in John 10:16 when He says, “I have other sheep that are not of this sheep pen.  I must bring them also.  They, too, will listen to my voice, and there shall be one flock and one shepherd.”?

Who are the people who are not of this sheep pen?  Are they the saints from the Old Testament Days? (Most if not all of the Saints were prophets and they knew of and already believed in Jesus as we studied in the last blog. So, wouldn’t they already be sheep in His pen?)  Are those people all of the Jewish people, God’s chosen, who didn’t believe and sent Jesus to His death? [But we Gentiles also can be grafted into Abraham’s family (See Romans 11:11-32)]  So the sheep could be anyone.

Let’s listen to what Peter has to say in 1 Peter 3:18-19 (MSG) “That’s what Christ did definitively: suffered because of others’ sins, the Righteous One for the unrighteous ones.  He went through it all – was put to death and then made alive to bring us to God.  He went and proclaimed God’s salvation to earlier generations who ended up in the prison of judgment (hell?) because they wouldn’t listen.”  I also like the GW translation of the same verse.  “This is true because Christ suffered for our sins once.  He was an innocent person, but he was brought to life through His Spirit (through the power of the Holy Spirit).  In it (His Spirit) he also went to proclaim His victory to the spirits kept in prison.”

Why did Jesus go to the prison of judgment to proclaim His gospel?  Philippians 2:10 tells us “that at the name of Jesus every knee should bow, of those in heaven, and of those on earth, and of those under the earth.”  Doesn’t that mean that God wants every knee to bow to Jesus?

So, what happened to those spirits kept in prison, those under the earth, those who bowed to Jesus?

Psalm 68:18 tells us, “When He went up to His place on high, he took many prisoners.  He received gifts from people, even from those who refused to obey him.  The Lord God went up to live on Mount Zion (heaven).”  What gifts are we able to give God after we die? We won’t have money, gold, frankincense, or myrrh.  Perhaps He considers our faith in His son, our readiness to become His child, a gift. Ephesians 4:8-10 tells us the same thing: “When He ascended on high, He took many captives and gave gifts to His people.  What does He ascended mean except that He has also descended to the lower, earthly regions?  He who descended is the very one who ascended higher than all the heavens, in order to fill the whole universe.”

Who are the many prisoners or captives He took with Him to heaven? Other translations refer to the prisoners as a train of vanquished foes, thousands upon thousands of captives, a parade of captives, a host of captives, twice ten thousand, and thousands more besides.  There were a lot of prisoners! God does not tell us who these many prisoners are but neither does he make exclusive statements about the prisoners.  He does not say that they are just the Saints from the Old Testament or just the Jews that The Promise was given to.  It could have been everyone who was in hell at the time of Jesus descended into hell and resurrected, the people who now believed His Gospel story and were ready to receive His love.

Those Christians who don’t believe people can be saved after they die will say, “But what about the story of a rich man and the poor man, Lazarus, who Jesus tells us about in Luke 16:19-31.”  You can read it, but I will summarize.  Lazarus was a beggar with sores, who regularly stood in front of the gates blocking the entrance to the rich man’s house.  All he wanted were a few scraps of the leftover food that went in the trash.  Lazarus died, and the angels carried him to be with Abraham.  When the rich man died, he went to hell.  He looked up and saw Abraham and Lazarus in the distance.  The rich man begged for mercy and to have Lazarus dip his finger in water and come down to him to cool off his tongue because he was suffering in the fire.  Abraham reminded the rich man that he had a life filled with good times and that Lazarus suffered on Earth.  Abraham told the rich man that Lazarus could not go down to hell nor could the rich man go up to where he was because a wide area separated them.  This story tells us that it was impossible for people to cross in either direction from heaven to hell.

Of course, at that time, it was impossible for people to get from hell into heaven.  Jesus says, “I am the Way, and the Truth, and the Life; no one comes to the Father except through me.” (John 14:6)  The rich man, who acted inexcusably, repented and was ready for Jesus’ love, and he was just a short time off from meeting Jesus.  When Jesus told this story, He was on Earth.  He hadn’t yet taken on our sins or filled the chasm between death and eternal life.  The rich man may have been abandoned by his parents.  They may have been busy making and spending money.  They probably didn’t take him to church.  Should he be denied a better Father? I don’t think Jesus thought so.  I think the rich man was part of the thousands upon thousands that went up with Jesus to heaven.

Those of us who are living now will meet Jesus on Judgment Day.  Will our children and brothers and sisters who haven’t declared their faith in Jesus get the same chance of eternal life in heaven with Jesus when they meet Jesus on Judgment Day?  I believe our loved ones who don’t believe are part of the flock in the other sheep pen.  Jesus loves your family.  He loves them more than you do.  They will listen to His voice, and there shall be one flock and one shepherd.

But please understand that even though this is what I believe, many don’t.  They could be right, and I could be wrong.  God doesn’t make it clear.  Perhaps He doesn’t make it clear because He wants us to do everything we can to bring others to Him now.  Even though a person may have the choice to accept Jesus after he or she dies, that person’s whole life on Earth would be wasted.  Even though, in the world’s mind, they may have accomplished a lot on Earth, none of what they accomplished was for God.  And that’s sad! It is also sad that many of us Christians build our houses of wood, hay, and straw, and don’t accomplish anything for God.

“For no one can lay any foundation other than the one already laid, which is Jesus Christ.  If anyone builds on this foundation using gold, silver, costly stones, wood, hay or straw, their work will be shown for what it is….the fire will test the quality of each person’s work.  If what has been built survives, the builder will receive a reward.  If it is burned up, the builder will suffer loss but yet will be saved – even though only as one escaping through the flames.” (1 Corinthians 3:11-15) (Is this Scripture the basis of the story, The Three Little Pigs?)

These verses tells us that if we have the foundation of Jesus Christ, no matter what, we will be saved, but if we don’t do anything for Jesus, everything we have done in life is wasted, it will be burned up and our lives on Earth will not have mattered to God.  So, when you do a good deed, tell people you are spreading God’s love.  Invite people to go to church with you.  It doesn’t matter if they say, “No!” They might say, “Yes!”  We don’t want anyone’s life to be wasted!

God loves all of the people He created.  He created us all for different reasons so that we could become strong in learning life’s purposes.  But I believe that God is love.  He loves us all more than we love our own children.  Which of your children would you want to live out eternity in hell?  I believe that the other sheep that Jesus must bring are the unsaved whose bodies of flesh have died, but whose spirits and souls are still alive.  I believe that Salvation is possible after our bodies die and that when the dead meet Jesus at their judgment, they will have to account for their unforgiven sins which won’t be pleasant, but that they will see and feel the love of Jesus and will fall to their knees in regret and repentance and believe in Him.

If you don’t believe what I believe I respect that because God does not make this subject clear in the Bible.  Please blog and tell me what you believe.  If you disagree with me, please back it up with Scripture, if you can, because I am always wanting to learn, and my opinions have been known to change.  Thank you.

I was going to wait to publish this blog until after the Bible Study of Romans 11, but my dear friend and sister in Christ, Julee, has asked me twice for the Bible verses to back up why I believe that salvation can happen after death, so I am blogging prematurely.

Blog – Is Salvation possible after our bodies die? When the dead meet Jesus at their judgment, will they have another chance to believe and put faith in Jesus?